Thrones 360 sets the scene on Foxtel ahead of GOT return | Programming | News | Rapid TV News
By continuing to use this site you consent to the use of cookies on your device as described in our privacy policy unless you have disabled them. You can change your cookie settings at any time but parts of our site will not function correctly without them. [Close]

Thrones 360 sets the scene on Foxtel ahead of GOT return

Foxtel is gearing up to launch Australia’s companion series to Game of Thrones, Thrones 360, ahead of the final season of HBO’s multi award winning fantasy TV series. 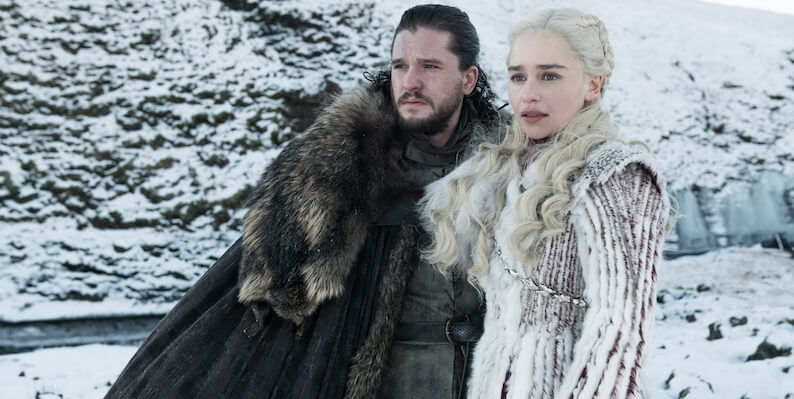 Hosted by the former Channel [V] and Australian Idol host James Mathison and rising media star Stephanie ‘Hex’ Bendixsen, Thrones 360 will air from 18 March in the lead up to the **release of series eight in Australia on 15 April.

Each Monday evening, Game of Thrones (GOT) superfans James and Stephanie will recap, dissect and rejoice in the last seven seasons of the show, said Foxtel.

“Thrones 360 promises to be a fan favourite and the ultimate companion show to the final season of Game of Thrones. It will be a must-watch every Monday night! We are also delighted to welcome James Mathison back home to Foxtel,” said Brian Walsh, executive director of television, Foxtel.

“James has enjoyed a highly successful and varied career since his early days with Channel [V] and is one of Australia’s most gifted television presenters. Securing him for Thrones 360 is a great coup.

“Stephanie Bendixsen is a star on the rise and I am delighted she has signed with Foxtel to take the next step in her burgeoning career. Stephanie is smart, funny, talented and her audition blew us away – she has a big future ahead of her. I’m excited to see what Stephanie will bring to the set of Thrones 360,” said Walsh.

Calling his involvement in the show a “dream gig”, James Mathison added: “I’m a massive fan of Game of Thrones, so when I was asked to be a part of Thrones 360, I couldn’t say yes fast enough. The fact that there are so many twists and turns in every season, plus the fact that everyone has a theory about what’s ahead, means the show is not only brilliant to watch, but also endlessly fascinating to dissect and pull apart.”

Thrones 360 is a Eureka Production for Foxtel. Sophia Mogford, John Karabelas and Howard Myers are serving as executive producers.