Samba TV integrates with Google Marketing | Ad Tech | News | Rapid TV News
By continuing to use this site you consent to the use of cookies on your device as described in our privacy policy unless you have disabled them. You can change your cookie settings at any time but parts of our site will not function correctly without them. [Close]

Smart TV personalisation and recommendations technology provider Samba TV has announced an integration designed to enable broadcasters, networks and media companies to measure lift in TV tune-in, based on advertising across the Google Marketing Platform. 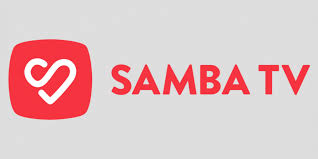 The company says that the integration with Google means that for the first time, television programmers can attribute tune-ins driven by YouTube ads, as well as any digital media, served through the platform’s Google Campaign Manager and Display & Video 360.

As a result, programmers can access tune-in campaign results directly, which, adds Samba TV, enables quicker optimisation of media buys based on the insights which, according to the company, can help improve ROI of tune-in campaigns.

“The integration between Samba and Google Campaign Manager has provided Turner an ability to validate media investment across the Google ecosystem,” said Marie Hughes, SVP, Strategic Media Planning, Turner Media Group. “Having a clear view of measurement against such a critical performance indicator like tune-in conversion has been a game changer for our brands, as it allows Turner to refine our media tactics and make strategic pivots into our best-performing audiences.”

During a 12-month beta period, Samba TV enabled programmers to attribute tune-in events across 40 campaigns for 14 clients using Campaign Manager. In one case study, the company claimed that a major TV network used the integration to gather insights on campaign performance and establish frequency benchmarks in Campaign Manager. The insights showed that the cost per tune-in for YouTube Masthead ads was 20% lower than the campaign average; additionally, tune-in rate increased by 40% when adhering to the frequency benchmarks.

“Samba transformed TV analytics with the first attribution model built on smart-TV data, and our Verified Tune-In Rate measurement has become the industry standard for tune-in attribution,” said Ashwin Navin, CEO and co-founder of Samba TV. “To partner with Google, the driving innovator behind so many pillars of today’s advertising ecosystem, makes perfect sense. Thousands of advertisers and publishers utilize Samba data to quantify and amplify business outcomes, and our integration with Google platforms make our conversion analytics more accessible and actionable than ever before.”