XUMO adds the Preview Channel to line-up | OTT | News | Rapid TV News
By continuing to use this site you consent to the use of cookies on your device as described in our privacy policy unless you have disabled them. You can change your cookie settings at any time but parts of our site will not function correctly without them. [Close] 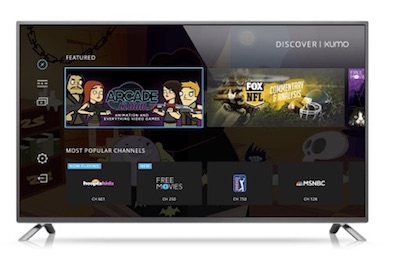 The service will also show cast and director interviews, and behind-the-scenes footage from major Hollywood films and its debut on XUMO is Loop Media’s first expansion into OTT services, and makes its content available in over 30 million homes across the country on smart TVs, mobile, web and set-top boxes.

The Preview Channel uses Loop Media’s library of over 200,000 music videos and film, game and TV trailers, and it also receives and releases new content daily through licencing deals with studios, independent film companies and production houses throughout North America.

“Loop Media is excited to announce The Preview Channel as part of its growing line of consumer products,” said Mark Vrieling, chief content officer at Loop Media. “It’s a first-look source for entertainment fans across the country who want the most up-to-date information on upcoming projects, from the latest superhero film trailer to the next big video game announcement.”

He added, “XUMO, a strong and proven OTT leader, is the first of many compelling partnerships we look forward to announcing this year as we continue to find innovative and engaging ways to bring our premium short-form videos to audiences where they live.”

“Free movies and television is a surging genre on XUMO, so it makes perfect sense to also give our audience the inside track on the hottest upcoming movies and games,” said Stefan Van Engen, SVP, content partnerships and programming, XUMO. “The Preview Channel is certain to become a daily habit, where millions of entertainment fans will get timely, non-stop highlights and insights direct from the source.”
Tweet