Charter’s Spectrum Originals to bring back Mad About You | Programming | News | Rapid TV News
By continuing to use this site you consent to the use of cookies on your device as described in our privacy policy unless you have disabled them. You can change your cookie settings at any time but parts of our site will not function correctly without them. [Close]

Charter’s Spectrum Originals to bring back Mad About You

It may have had a poor 2018 in terms of adding video subs but US Charter Communications has enhanced its Spectrum Originals premium content initiative by picking up the limited series Mad About You. 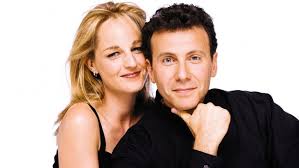 The Sony Pictures Television-produced series will include original cast, so Paul Reiser and Helen Hunt will reprise their roles as Paul and Jamie Buchman. Peter Tolan will be the showrunner, and Hunt will direct the first episode. Danny Jacobson, who co-created the show with Reiser, will serve as an executive consultant. The series is scheduled to launch in late 2019.

"We are so excited to finally be doing this and thrilled to have Peter Tolan as our fearless captain,” Reiser and Hunt said in a joint statement. “We promise you the same funny and heart-warming show -- as soon as we can remember what’s funny about being older. It’s going to be great!"

"We are beyond thrilled to team up with Sony Pictures Television to give Mad About You an exclusive home at Spectrum Originals,” said Katherine Pope, head of original content. “Two decades ago, fans fell in love with this show, and this time will be no different as Paul, Helen and Peter explore modern marriage through the eyes of two people who have just become empty-nesters. We can’t wait for everyone to fall in love with the Buchmans all over again."