Ameba TV rounds out pre-school programming | VOD | News | Rapid TV News
By continuing to use this site you consent to the use of cookies on your device as described in our privacy policy unless you have disabled them. You can change your cookie settings at any time but parts of our site will not function correctly without them. [Close]

Kids’ video-on-demand service AmebaTV has picked up a variety of kids animated and live programming. 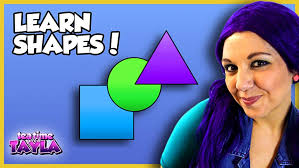 The streamer  has added toddler alphabet learning program Alphabetimals; Next Animation Studio’s pre-school series Out of the Word, from Taiwan ; Brighter Moon’s Tea Time with Tayla; and Ahoj Animation’s Trains and 10 Friends of the Rabbit to its line-up.

Out of This Word follows the daily musings of Max and Moon, two adopted siblings that love to use and learn popular idioms and unique phrases; 10 Friends of the Rabbit from Prague-based Ahoj Animation is the story of an international summer camp for animals from all over the world, where the characters share stories and anecdotes about parts of the world they came from. And, Trains, a pre-school 3D animated series, features a series of playful and colourful trains whose friends include dinosaurs, animals and the robot named George.

The YouTube hit Tea Time with Tayla meanwhile is a live-action show that features rhymes, the ABCs, sing-a-longs, colours, numbers and shapes, all designed for children, toddlers and babies.
Tweet