Facebook to live stream El Clásico for free in India | Social TV | News | Rapid TV News
By continuing to use this site you consent to the use of cookies on your device as described in our privacy policy unless you have disabled them. You can change your cookie settings at any time but parts of our site will not function correctly without them. [Close]

Facebook to live stream El Clásico for free in India

Facebook is to stream El Clásico live and free in the Indian subcontinent on 3 March, as part of its season-long deal with Spain’s top flight football league. 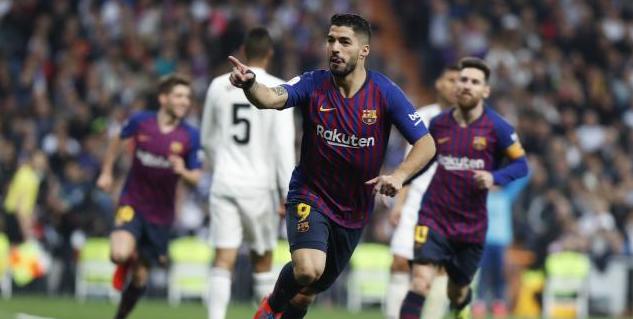 The LaLiga clash, sees Spain’s biggest rivals Real Madrid CF and current LaLiga leaders FC Barcelona go head to head, with nine points currently separating the teams. The games comes with Barça's legendary and talismanic striker Lionel Messi in red-hot form and days after the two met at Real's Santiago Bernabéu in the Copa del Rey with two goals from Luis Suárez (pictured above) leading the Azulgrana to a 3-0 victory.

Live studio coverage on the social media network will be hosted by Joe Morrison. He will be joined by former Real Madrid CF defender Michel Salgado and former English goalkeeper John Burridge.

Fans in India will be able to see the match live on Facebook Watch with programming beginning at 0:15am IST on 3 March. Kick off is at 1:15am IST.

When the deal was struck with Facebook in August 2018 in August 2018, Alfredo Bermejo, head of digital strategy at LaLiga told Reuters: “We are really happy to be on a free to air service in such an important territory as the Indian subcontinent.

“One of our goals for the last two years has been to offer content to the widest audience possible, so partnering with free platforms like Facebook, which has 270 million users in India, is key to us.”
Tweet