Ivory Coast begins digital TV switch with GatesAir | Broadcast | News | Rapid TV News
By continuing to use this site you consent to the use of cookies on your device as described in our privacy policy unless you have disabled them. You can change your cookie settings at any time but parts of our site will not function correctly without them. [Close] 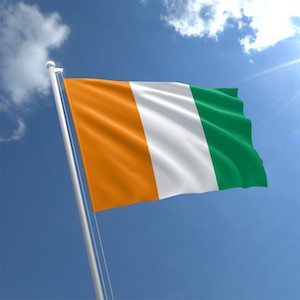 The national operations centre in Abobo has been inaugurated and GatesAir has provided turnkey equipment and services for the initial seven transmitter sites, which cover Abidjan and the country’s next six largest cities. Together they will provide coverage of around 80% of the country, with 100% coverage expected by 2020.

The equipment contract for phase one includes 21 GatesAir Maxiva UAXTE air-cooled, high-efficiency UHF transmitters in redundant configurations to ensure a continuous on-air presence. Each of the seven sites includes three transmitters along with DVB-T2 headend equipment, antennas and towers, and can support three programming multiplexes - the one being used by the state broadcaster, and two for private broadcasters.

“The digital transition is very important for the Ivorian population as it opens the television space more than ever before. These populations will now have the option to watch seven channels to start, whereas before there were only two channels available. This will change the viewing habits of Ivorians, and is a major step forward in the liberalisation of the audiovisual space,” said Bruno N’Doua, director of studies and development, Société Ivoirienne de Télédiffusion (IDT).

The Ivory Coast had worked with Harris, the former name for GatesAir, to distribute television programming over a 15 year period, he added.

GatesAir partners with African Union Communications for headend systems, and with regional partner STA, based in the Ivory Coast, for towers, antennas and transmission shelters.