Mexicanal beefs ups exec team | Major Businesses | Business
By continuing to use this site you consent to the use of cookies on your device as described in our privacy policy unless you have disabled them. You can change your cookie settings at any time but parts of our site will not function correctly without them. [Close] 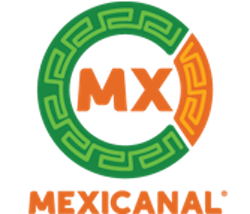 Owned and operated by Atlanta-based Castalia Communications and Mexico City-based investment fund, Innokap, Mexicanal addresses a market of 30 million Mexicans and Mexican-Americans in the US. Programming features signature television and it also produces what it calls ‘hard-to-find’ content that is said to be deeply and uniquely Mexican. The network also has been producing and airing programming of social interest which provide information for Mexicans living and working in the US.

Based in Mexico City, Montoya will be in charge of the network’s operation and production. Boasting over 25 years in the media industry, Montoya’s experience production, content acquisition, talent management, as well as knowledge of and connections with independent producers and distributors. She joins Mexicanal from Televisa where she last held the position of director of programming for pay-TV. Previously, she was general director of programming, production and acquisition for Televisa Networks.

“We are very pleased to have Ana Lydia joining our team,” commented Mexicanal founder and president Luis Torres-Bohl. “We know her experience and knowledge will contribute greatly to our strengthening and growth objectives for Mexicanal, which soon will include more distribution in Canada and other territories, as well as new productions and programming acquisitions for the network.”