New subs services to add $3.6BN to US direct-to-consumer market by 2023 | Media Analysis | Business
By continuing to use this site you consent to the use of cookies on your device as described in our privacy policy unless you have disabled them. You can change your cookie settings at any time but parts of our site will not function correctly without them. [Close]

New subs services to add $3.6BN to US direct-to-consumer market by 2023 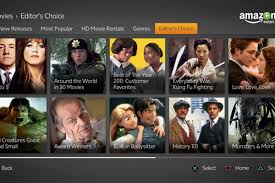 Furthermore, according to the Disney, Apple, Netflix: Scenarios for the Future of Online Video report, the new DTC offers from the likes of Walt Disney Company, Apple, and Warner Media are forecast to effectively grow the total number of subscribers by 25%. Netflix and Amazon Prime will continue to lead the market for the next few years but the report projects that Apple could potentially catch up with Hulu by 2023, depending on what happens to that service after Disney’s acquisition of Fox has been finalised.

In all of the scenarios explored in the IHS Markit study, the market for pure-play video services is set to become what the analyst calls ‘exceptionally competitive’. It also makes the case that owning high-quality content will soon likely not be enough to guarantee success, because there will be a large number of competitors with their own strong content libraries. Consequently, by 2023 there are likely to be very few pure-play subscription-video channels with significant scale in the United States.

A successful Disney service would also be among the top-tier services in the US by 2023, predicted Dan Cryan, executive director of research and analysis, IHS Markit and author of the Disney, Apple, Netflix: Scenarios for the Future of Online Video report. “Subscriber growth of this magnitude assumes an aggressive strategy from all the major services,” he said. “This strategy could include making movies available earlier or bundling, either at no extra charge or as a low-cost add-on, with other products and services that already have large customer bases. Less aggressive policies would result in lower overall subscriber growth, but they would still expand the video subscription market.

“As the video subscription market grows and becomes more competitive in the long-term, the focus of the battle is likely to shift away from the questions about the available content, toward a discussion of the other assets these companies can leverage. Examples include heavy cross-promotion on traditional TV channels, theme parks and other properties, or packaging with other services, like mobile phones.”