DRG announces new commercial director | Major Businesses | Business
By continuing to use this site you consent to the use of cookies on your device as described in our privacy policy unless you have disabled them. You can change your cookie settings at any time but parts of our site will not function correctly without them. [Close]

In response to what it says are industry and market changes as well as developments within the company as it continues to evolve from a traditional distributor to wide-ranging content business, DRG has promoted Adam Barth as commercial director. 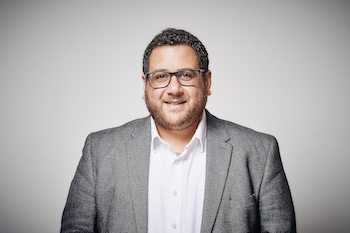 The company says that the promotion reflects Barth’s ability to think commercially and create the type of new initiatives that he’s already driving, such as the recently announced co-commissioning deal with NENT Group’s TV3 Norway where he will be introducing international producers of factual content to the Norwegian market, via a guaranteed slot, with a commissioning budget funded by both TV3 and DRG.
Barth, who joined DRG in 2015 from New Media Vision, retains his overall responsibility for the EMEA region, with a specific focus on Germany and the Nordics. His other territories will be divided amongst the team, with Benelux and Italy being picked up by Lucy Roberts and CEE by Amity Easter-Utley.

The exec will continue to report into DRG’s EVP of sales Elin Thomas. Commenting on the appointment, she said: ”In keeping with the evolving nature of distribution the roles of our teams also need to change: multi-faceted approaches to content need flexible, multi-faceted salespeople - and individuals like Adam are leading the charge...With this promotion, he will be operating much more closely with both content creators, and platforms where that content finds an audience, in order to generate value for all parties.”

Barth added: “This is an exciting time for DRG: we work in an increasingly complex market, with traditional distribution just one of the roles we now play: this new position elevates our continued strategy for looking at new ways to create, fund and exploit content – but it’s not just about selling. My focus is on working more closely with producers and broadcasters to recognise the best opportunities for everyone.”