Sony reveals next-gen 4K TV line | 4K/UltraHD | News | Rapid TV News
By continuing to use this site you consent to the use of cookies on your device as described in our privacy policy unless you have disabled them. You can change your cookie settings at any time but parts of our site will not function correctly without them. [Close] 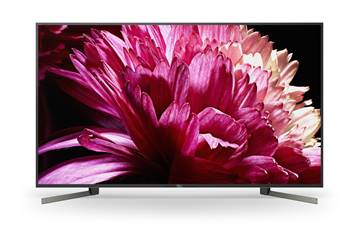 As a line of full-array LED TVs, the XG95 series is designed to deliver cinematic contrast and brightness for more accurate detail and depth, the company said -- thanks to multiple zones of LEDs positioned directly behind the screen.

Combined with Sony’s local dimming technology, the X-tended Dynamic Range PRO, the XG95 can independently dim or brighten these individual zones of LEDs for enhanced contrast and brightness.

The XG95’s X-Wide Angle 75” and 85” models use Sony's original optical design to control light from the backlight. They also feature X-Motion Clarity, which minimises motion blur during sports and fast action scenes.

The XG95 series also includes the Sony Acoustic Multi-Audio technology; two sound-positioning tweeters in the rear of the TV combine with the existing audio system to recreate sound coming from the centre of the screen.

The XG95 series operates on the Sony Android platform, which supports a wide range of apps from Google Play, including YouTube, Netflix, Prime Video and more, and Google Assistant is built-in.
Tweet