Fox News scores with Trump rally coverage | Ratings/Measurement | News | Rapid TV News
By continuing to use this site you consent to the use of cookies on your device as described in our privacy policy unless you have disabled them. You can change your cookie settings at any time but parts of our site will not function correctly without them. [Close] 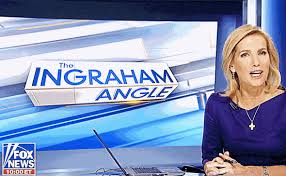 The Ingraham Angle notched 4.2 million total viewers and 895,000 in the demo on Monday, 11 February, according to Nielsen Media Research, defeating MSNBC and CNN combined. Both Hannity and The Ingraham Angle also beat broadcast programmes like ABC’s The Good Doctor (3,705,000 in persons aged 2+) and CBS’ Big Brother (3,396,000 in P2+) in total viewers.

This marks The Ingraham Angle’s fourth highest-rated telecast in both categories. Additionally, the FNC primetime line-up delivered nearly 4 million in total viewers and nearly 800,000 in the 25-54 audience, outpacing both MSNBC and CNN. Hannity meanwhile ranked the No 1 cable news programme in total viewers on Monday night, securing 4.4 million viewers and 871,000 in the demo.