Betty En Ny ranks as 18-49s’ leading US primetime Spanish-language programme | Ratings/Measurement | News | Rapid TV News
By continuing to use this site you consent to the use of cookies on your device as described in our privacy policy unless you have disabled them. You can change your cookie settings at any time but parts of our site will not function correctly without them. [Close]

The 6 February premiere of Telemundo’s new original production Betty En NY, a modern adaptation of the global TV phenomena Yo Soy Betty, La Fea ranked as the top programme on Spanish-language TV at 9pm, among adults 18-49 and adults 18-34 according to Nielsen data. 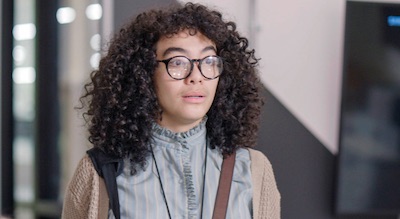 Starring breakthrough actress Elyfer Torres, alongside an all-star cast including Erick Elías, Sabrina Seara, and Aaron Díaz, the premiere of the family-friendly series averaged 637,000 adults 18-49 and 247,000 adults 18-34 with the simulcast on Telemundo and Universo.

The first scripted production filmed at Telemundo Centre, Betty En NY aims to reimagine one of the most influential stories in global broadcast history, originally titled Yo Soy Betty, La Fea, for a new generation of viewers.

The series chronicles the life of Beatriz Aurora Rincon Lozano (Torres), an intelligent and skilled young Latina living her dream in the Big Apple. After six months of being rejected for multiple jobs due to her appearance, Betty makes the fateful decision to accept a position below her qualifications. Landing a job at stylish V&M Fashion, she becomes the secretary to the company's president. Often ridiculed and humiliated for not fitting in, Betty is determined to stand model-tall in this war of appearances.

Telemundo says that the programme also propelled the network ahead of ABC among 18-34 and ahead of the CW among 18-49 and 18-34 in its timeslot. It also outperformed Univision’s Mi Marido Tiene Más Familia in both key demos. According to Nielsen Social measurement, on digital, the premiere ranked as the leading most social scripted series among Hispanic networks.