Smithsonian enters Europe with UK, Ireland launch | Programming | News | Rapid TV News
By continuing to use this site you consent to the use of cookies on your device as described in our privacy policy unless you have disabled them. You can change your cookie settings at any time but parts of our site will not function correctly without them. [Close]

Already available internationally in Canada, Singapore and Latin America, the Smithsonian Channel has continued its international expansion with its first European service for British and Irish viewers. 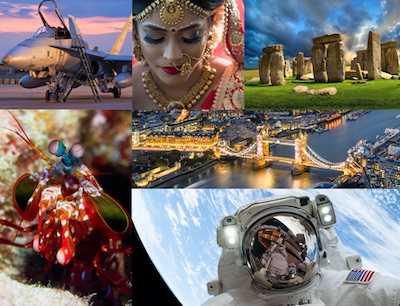 Inspired by the world-famous institution – the world's largest museum and research complex, founded when Englishman James Smithson donated his fortune to America for the increase and diffusion of knowledge – the Smithsonian Channel’s original content spans a wide range of non-fiction topics, including history, travel, air and space, science, nature and pop culture.

Combined with the storytelling prowess of Showtime and CBS, the Smithsonian Channel claims to have become widely recognised for the quality of its non-fiction programming. It is the youngest channel to have won an Emmy.

Smithsonian Channel’s new local commissions range from When Tariq Ali Met Malcolm X about a friendship between the British Marxist and anti-Vietnam war protestor, to Mystic Britain, which reveals the secrets of Britain’s most mysterious sites and is hosted by television and radio presenter Clive Anderson, alongside anthropologist Mary-Ann Ochota, the author of Hidden History.


In addition, the Channel is in production on a new series with the American-born Julie Montagu, Viscountess Hinchingbrooke, and is looking forward to marking landmark occasions such as the 50th anniversary of the moon landing through its 2019 programme slate.

Other upcoming programming on Smithsonian Channel in the UK and Ireland will include America In Colour, The Lost Tapes, The Green Book: Guide To Freedom.

“Smithsonian Channel has already resonated powerfully with audiences in Canada, Singapore and Latin America, so we can’t wait to bring our award-winning and varied slate of programming to the UK [and Ireland] audience,” said Tom Hayden, president of Smithsonian Networks.
“We have a long track-record of working with UK production companies, and over the years our programs have been featured by leading UK broadcasters,” added David Royle, chief programming officer, Smithsonian Networks. “Now we’ll be bringing a lot of exciting new programmes to the UK, along with commissioning new programmes specific to British interests.”

The Smithsonian channel will be available to Virgin Media customers on the Player package and above. Globecast provided the hosting of the playout solution, satellite capacity on Astra 2G and the up-linking of both the SD and HD variants of the Channel for reception on Sky and Freesat in the UK.