Disney’s 2019 content spend to dwarf most others | Programming | News | Rapid TV News
By continuing to use this site you consent to the use of cookies on your device as described in our privacy policy unless you have disabled them. You can change your cookie settings at any time but parts of our site will not function correctly without them. [Close]

Disney which will launch its OTT service Disney Plus at the end of the year, plans to spend $23.8 billion in 2019 on content, according to RBC Capital Markets, dwarfing AT&T’s $14.3 billion and Netflix’s $14 billion. 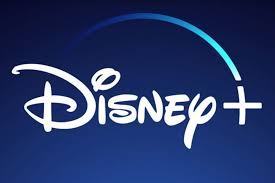 RBC said that the House of Mouse's Disney’s acquisition of the Fox media assets will likely drive part of that spend, along with an expansion of Hulu and the launch of Disney Plus under the newly formed direct-to-consumer unit.

“Disney spends more on content than anyone else in the world. It has decades of experience in making excellent content, has a huge balance and its brand is known throughout the world,” said Steven Cahal, media analyst at RBC Capital Markets, speaking to Variety magazine.

To the latter point, it will be the exclusive home for subscription video-on-demand (SVOD) viewing of live-action and animated movies in the pay-TV window from Disney, Pixar, Marvel and Lucasfilm. It will also feature an array of original and exclusive series and film programming, along with thousands of titles from the Disney film and television libraries.

These include a live-action Star Wars series from Jon Favreau, and an original film called Timmy Failure, based on the best-selling books about a boy detective, which will be directed by Spotlight director Tom McCarthy.