CBS UK Channels claim 2018 as record year | Ratings/Measurement | News | Rapid TV News
By continuing to use this site you consent to the use of cookies on your device as described in our privacy policy unless you have disabled them. You can change your cookie settings at any time but parts of our site will not function correctly without them. [Close] 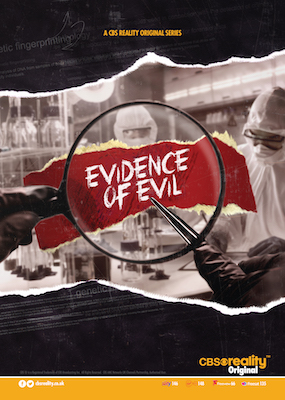 According to official BARB data, the channel portfolio — owned by AMC Networks International UK (AMCNI UK) and CBS Studios International —was said to have delivered 2.7% of the UK’s adult commercial TV audience in 2018, a 4% increase year on year. The overall UK audience share of the channels was 1.69% in 2018, up from 1.58% in 2017.

CBS Reality remained the leading factual entertainment channel in the UK amongst its target audience of women aged over 16+ and the highest-rating single broadcast in the channel’s history resulted in 322,800 adults watching an episode of It Takes a Killer on 30 March at 10pm. Four out of the top five highest rating individual broadcasts in channel history came in 2018, of which two were CBS Reality Original productions, Evidence of Evil and Donal MacIntyre’s Murder Files.

CBS said that its original channels strategy continues to evolve in 2019 with a number of original true crime shows in the works. CBS Reality now produces at least six UK Originals per year including a number of returning series, co-created with production companies from the UK, Wales, Ireland and Canada. New episodes of Evidence of Evil, Voice of a Killer and Murder by the Sea launched in January, and another two returning series will be announced imminently.

In addition, Horror Channel, CBS Justice (previously CBS Action) and CBS Drama experienced their fourth consecutive year of growth in 2018. Horror Channel continued to be the second most watched free-to-air movie channel in the UK amongst men 25-54. An average of 6 million adults tuned in to the channel every month in 2018, resulting in a share of 0.43% - a 7.5% share growth year on year.

“The CBS UK channel portfolio enjoyed its strongest year on record Kevin Dickie,” said EVP/MD, AMCNI UK. “CBS Reality continues to dominate the market among women, driven by our outstanding original true crime series. CBS Justice, CBS Drama and, most notably, Horror Channel – which is the UK’s second most-watched movie channel among men 25-54 – have all had remarkable audience growth, with viewers responding to our compelling line-up of drama series and horror, sci-fi and fantasy titles.”

Added Robert Haiat, SVP business development from CBS Studios International: “With another record breaking year behind the CBS UK channel portfolio, we’re excited to work together with the AMCNI team to drive further growth in 2019 and beyond. Our focus remains on delivering some of the most watched programming from the US while supporting CBS Reality’s successful original programming efforts.”