MLB to bid for Disney-Fox RSNs | Major Businesses | Business | News | Rapid TV News
By continuing to use this site you consent to the use of cookies on your device as described in our privacy policy unless you have disabled them. You can change your cookie settings at any time but parts of our site will not function correctly without them. [Close]

MLB to bid for Disney-Fox RSNs

Major League Baseball has submitted a bid for the Fox regional sports networks (RSN) that Disney is putting up on the chopping block. 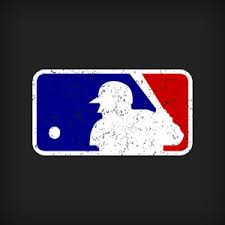 According to the New York Post, MLB is teaming up with the Canada Pension Plan Investment Board to buy 21 of the 22 RSNs that Disney is required to divest as a condition of its $72bn acquisition of Fox’ media assets. With them, the league would gain the broadcast rights to 15 of the 30 MLB teams.

The outlier is the YES Network, which is expected to go to the New York Yankees. It’s considered to be worth more than $4 billion.

The other RSNs are valued by Guggenheim at an average of $860 million each. Disney is said to be asking $20 billion for the set of networks; MLB’s bid values the RSNs at no more than 6.5 times EBITDA, according to CNBC.