Big East taps Graybo to support live social basketball content | Infrastructure | News | Rapid TV News
By continuing to use this site you consent to the use of cookies on your device as described in our privacy policy unless you have disabled them. You can change your cookie settings at any time but parts of our site will not function correctly without them. [Close]

The Big East Conference, a university-level sports division in the US, has partnered with Grabyo to produce two new weekly social-first live shows to expand the reach of its basketball content. 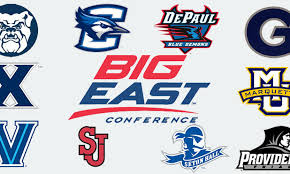 Big East Shootaround will be a weekly round-up, streamed directly to Twitter and Periscope, bringing together stories from across the Big East men's and women's basketball leagues. Fans can comment and discuss over the feed, bringing together the community of this collegiate comp.

The league is also producing live video Q&A sessions with coaches and players, to let fans have their say. Both shows will act as shoulder content to match broadcasts.

The conference is using Grabyo’s cloud-based video producer platform to broadcast the live and interactive programming. The Producer platform enables custom graphics and fan engagement tools, such as native polls and real-time data visualisation from audience comments to be utilised across the conference’s live streams.

Mike Kelley, president of Americas at Grabyo, added: “We’re excited about this partnership. The Big East is already creating some fantastic live content that unites communities of fans during the basketball season. Engaging sports fans in real-time across social channels is paramount to any college’s marketing and distribution strategy. As these fans look to access video across a variety of platforms and devices, this partnership will ensure the Big East’s content will be top of mind for them.”