Univision beats out Big 4 broadcasters with Amar A Muerte | Ratings/Measurement | News | Rapid TV News
By continuing to use this site you consent to the use of cookies on your device as described in our privacy policy unless you have disabled them. You can change your cookie settings at any time but parts of our site will not function correctly without them. [Close]

Univision beats out Big 4 broadcasters with Amar A Muerte

US Hispanic broadcast network Univision bested ABC, NBC and CBS in the key adults 18-34 demo this past Thursday at 10pm, with its showing of Amar A Muerte. 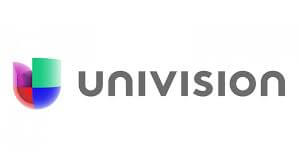 “We have seen continues success in 2019 as we regularly challenge the English-language top four broadcasters (ABC, CBS, FOX, and NBC) in the demo," Univision said. “For instance, during the week of December 31, 2018 to January 6, 2019, Univision outperformed one or more of top English-language broadcasters – ABC, CBS, NBC and FOX – on five of seven nights among adults 18-34.”

Furthermore, over the past two Saturdays, live football has scored for Univision with Sábado Fútbolero delivering primetime wins in the demo on 7 January (vs ABC, CBS) and on 14 January (vs CBS, FOX, NBC).