Insight TV unveils new motoring commission | Programming | News | Rapid TV News
By continuing to use this site you consent to the use of cookies on your device as described in our privacy policy unless you have disabled them. You can change your cookie settings at any time but parts of our site will not function correctly without them. [Close]

4K Ultra HD HDR broadcaster and producer Insight TV has announced the commission of a 'supercharged' new show to uncover the biggest, loudest, richest and most unique cars, drivers and motoring cultures in the US. 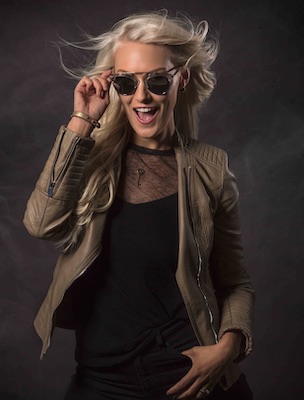 The series stars scheduled to transmit in August 2019 stars Alex Hirschi, aka Supercar Blondie, an influencer who specialises in driving, reviewing and getting viewers excited about the rarest and most unique cars on the planet. Supercar Blondie boats over half a million subscribers on YouTube, 2.2 million followers on Instagram and over one billion views on Facebook, placing her in the upper brackets of influencer reach.

Featuring stylised video game-like transitions, the series aims to blur the lines between TV and the big screen. Each episode is said to give a unique insight into a variety of turbo charged vehicles as well as the passion of the community and personalities of the people that drive them. The series goes from monster trucks in Las Vegas to low riders in the Florida Keys.

“This latest show has the allure of one of the biggest social stars in the super car community, as well as fast and unique cars, stunning locations and incredible cinematography,” said Arun Maljaars, director content and channels at Insight TV. “In 2018, Alex was listed as one of the 50 Most Influential Women in the Arab World by Arabian Business, and Influencer of the Year by Esquire Magazine Middle East. We’re excited to welcome Alex to the Insight family and look forward to launching the show later in the year.”