Hulu cuts basic price | OTT | News | Rapid TV News
By continuing to use this site you consent to the use of cookies on your device as described in our privacy policy unless you have disabled them. You can change your cookie settings at any time but parts of our site will not function correctly without them. [Close]

Responding to arch rival Netflix’s recent price hike in exactly the opposite direction, the Hulu OTT and -on-demand service has announced cuts to its pricing options. 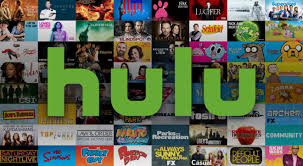 Effective 26 February 2019, the basic price of the Hulu service will now be $5.99 per month. This give users the ability to stream, with ads, more than 85,000 episodes of on-demand television and thousands of films as well Hulu Original programming. Hulu with No Ads costs $11.99 per month while the Hulu with Live TV skinny bundle is priced at $44.99 per month.

Content items include The Good Doctor, Killing Eve, This is Us, Atlanta and Grown-ish as well as award-winning Hulu Originals like The Handmaid’s Tale, Marvel’s Runaways, Future Man and Castle Rock. Hulu is the exclusive streaming home to every season of series including ER, Lost, King of the Hill, 30 Rock, Family Guy, Seinfeld, South Park, Curious George and many more. Over the past year, Hulu has added thousands of exclusive TV episodes and movies, launched nearly a dozen additional popular live TV channels – including The CW, Discovery Channel, TLC, Animal Planet and ABC News.

Commenting on the move, Hulu said that it was giving TV fans what they want — choice, flexibility and control – in what they watch, how they watch and what they pay for the TV plan that best suits their needs.
Tweet