CBS to shoot Super Bowl in 4K/8K | 4K/UltraHD | News | Rapid TV News
By continuing to use this site you consent to the use of cookies on your device as described in our privacy policy unless you have disabled them. You can change your cookie settings at any time but parts of our site will not function correctly without them. [Close]

Major US broadcaster CBS Sports plans to use 4K and 8K cameras at the upcoming Super Bowl to provide complementary footage for fans during the big game. 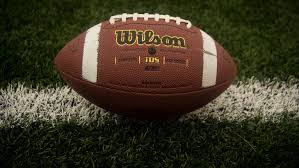 Super Bowl LIII will take place on 3 February at the Mercedes Benz Stadium in Atlanta. To screen the event, CBS will use a total of 115 cameras, including 16 4K cameras and nine Sony 4800 camera systems, which will capture additional live game camera angles, super slow-motion replays and HD close-ups.

The network follows in the footsteps of NBC, which deployed 4K cameras for its coverage in 2018. But this is the first time 8K cameras have been used.

To provide virtual coverage, CBS will use a live, wireless handheld camera showing augmented reality graphics and up-close camera tracking on the field.

CBS will also use four cameras (including the SkyCam) with live augmented reality graphics, plus an additional 10 cameras with trackable first-down-line technology. In all, 14 cameras creating virtual graphic elements that are completely manufactured will blend in to the real environment of the broadcast.
Tweet