Bird Box takes viewership flight for Netflix | Ratings/Measurement | News | Rapid TV News
By continuing to use this site you consent to the use of cookies on your device as described in our privacy policy unless you have disabled them. You can change your cookie settings at any time but parts of our site will not function correctly without them. [Close]

The post-apocalyptic film Bird Box, which debuted 21 December on Netflix, drew 45 million global viewers during its first week on the streaming service, according to data from Nielsen. 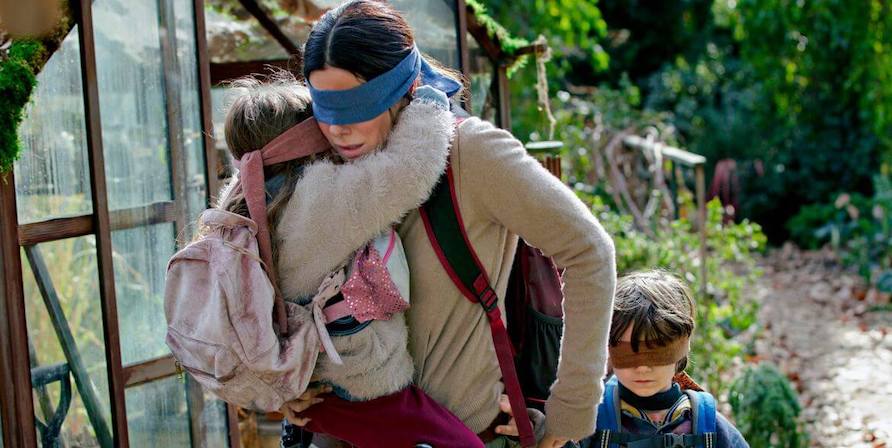 The stat is according to Nielsen's SVOD Content Ratings report – which makes good on a promise last October by the measurement firm to start looking at video-on-demand measurement. It is also a rare example of viewing figures of content from the SVOD leader being publicised.

The numbers makes Bird Box the second-most-popular debut on Netflix, coming in just behind the second-series launch of Stranger Things.

The Sandra Bullock vehicle takes place after a mysterious force decimates the population. The survivors must now avoid coming face to face with an entity that takes the form of their worst fears. Searching for hope and a new beginning, a woman and her children embark on a dangerous journey through the woods and down a river to find the one place that may offer sanctuary. To make it, they'll have to cover their eyes from the evil that chases them -- and complete the trip blindfolded.

“Took off my blindfold this morning to discover that 45,037,125 Netflix accounts have already watched Bird Box — best first 7 days ever for a Netflix film,” Netflix tweeted .

Ironically, the news comes as US broadcast giant CBS recently said that it's at a "contractual impasse” with Nielsen because the ratings giant doesn’t provide enough cross-platform insight.

"The entire media industry is aware of the need for complete and accurate measurement across platforms," CBS said in a statement. "While Nielsen has made some strides in this area, progress has not been what we and many clients would like, and local TV measurement is particularly challenged."