Hulu sees spike in subs, advertising in 2018 | OTT | News | Rapid TV News
By continuing to use this site you consent to the use of cookies on your device as described in our privacy policy unless you have disabled them. You can change your cookie settings at any time but parts of our site will not function correctly without them. [Close]

Hulu added 8 million subscribers in 2018 and closed its fiscal year with more than 25 million total subscribers across its subscription-on-demand (SVOD) and live TV plans in the US. 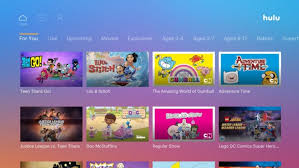 The company said that this marks a 48% subscriber increase year-over-year and catapults Hulu’s customer reach beyond that of the country’s largest cable and satellite pay-TV providers.

“Consumers have spoken loudly about their desire for more choice and control in their TV experience,” said Hulu CEO Randy Freer. “They are seeing the enormous benefits of streaming, they’re deciding which content and brands are most important to them, and they’re choosing Hulu.”

Freer added, “In 2018, Hulu led the industry in attracting and engaging subscribers, building a powerful technology stack and cultivating a brand that both consumers and advertisers love. Looking ahead, Hulu is in the best position to be the No 1 choice for TV – live and on-demand, with and without commercials, both in and out of the home.”

Hulu also said that viewers who subscribe to Hulu + Live TV actually spend 50% of their time watching on-demand or recorded programming; binge viewing is prevalent too. In looking at the top 100 shows on Hulu, over half of all viewing sessions consist of three or more episodes of the same series.”

Meanwhile, the average time spent on Hulu per subscriber each month increased 20% in 2018, the company said.
Tweet