CES 2019: Sony adds 8K HDR LED, 4K HDR OLED TVs to top line | 4K/UltraHD | News | Rapid TV News
By continuing to use this site you consent to the use of cookies on your device as described in our privacy policy unless you have disabled them. You can change your cookie settings at any time but parts of our site will not function correctly without them. [Close] 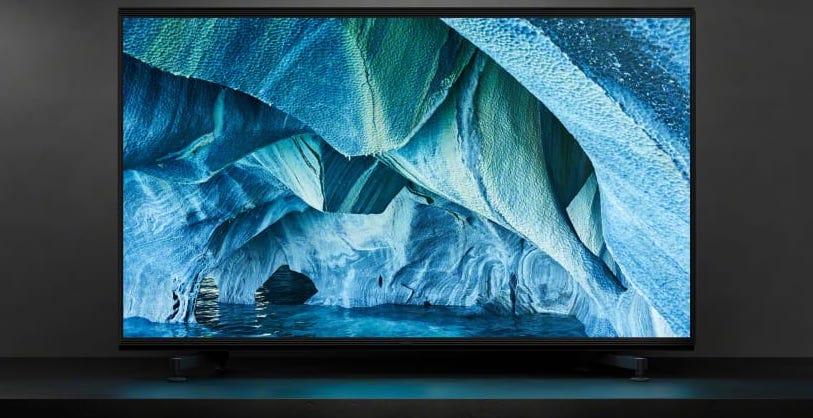 The Master Series TVs are said to represent the pinnacle of picture quality available to home viewers, capable of displaying images that “faithfully convey the creators’ intent”, providing premium picture quality, colour, contrast, and clarity approaching that of a professional-grade monitor.

With the new ZG9 98” and 85” TVs, Sony is introducing extra resolution with its first consumer 8K HDR television. Both new models feature the latest generation Picture Processor X1 Ultimate for accurate detail and contrast. Introduced last autumn, the Picture Processor X1 Ultimate has a unique algorithm specially developed for 8K that can intelligently detect and analyse each object in the picture resulting in exceptional detail and contrast for a more realistic picture that more accurately represents the creators’ intent. In addition, completely new dedicated 8K technologies have been developed for the ZG9 series, including Backlight Master Drive with full-array local dimming and 8K X-tended Dynamic Range PRO.

The AG9 is Sony’s new flagship 4K HDR OLED TV available in 77”, 65”, and 55” screen sizes offering over 8 million self-illuminating pixels, individually controlled by Picture Processor X1 Ultimate. In addition to the processor, the AG9 has Pixel Contrast Booster for more colour and contrast in bright areas. As a result, says Sony, the AG9 provides premium picture quality approaching that of a professional-grade monitor, showing images and colours as they truly are, as the creator intended. The processor improves SD and HD content closer to 4K HDR quality and shows 4K HDR content in greater clarity.

Both lines also feature the new Sound-from-Picture Reality which reproduces the position of the sound on the screen so when actors are speaking, the sound appears to be coming directly from their mouths and not from a speaker off to the bottom of the TV. They also have a TV Centre Speaker Mode for those who have a home cinema setup meaning the TV becomes the centre speaker. Also enhancing the sound experience is Dolby Atmos, which adds a wide, rich sound field available via a future software update.

Both the ZG9 Full Array LED and the AG9 OLED TVs feature Sony Android TV which supports a wide range of apps from Google Play, including YouTube, Netflix, Prime Video and more (availability varies by region.) They also offer Netflix Calibrated Mode and IMAX Enhanced support to further ensure that content is delivered as intended.

IMAX Enhanced certified product content includes a selection of Sony Pictures Entertainment worldwide box office hits such as VENOM, Spider-Man: Homecoming and Jumanji: Welcome to the Jungle will be available in Europe on select Bravia TVs via the RakutenTV streaming service later this year. At launch, the IMAX Enhanced programme will be available in five countries in Europe, namely the UK, Spain, Germany, France and Italy.