Tata, NEP combine with Star on Pro Kabaddi League production | Infrastructure | News | Rapid TV News
By continuing to use this site you consent to the use of cookies on your device as described in our privacy policy unless you have disabled them. You can change your cookie settings at any time but parts of our site will not function correctly without them. [Close] 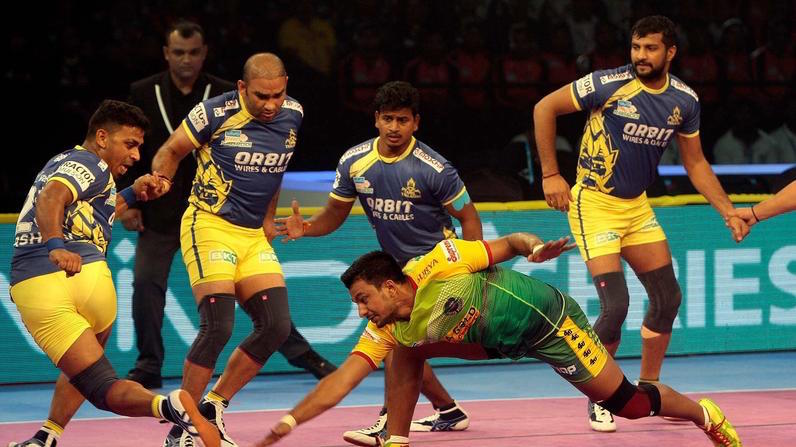 The huge TV audience for the PKL is eclipsed in India as a sports league only by the Indian Premier League (IPL) Twenty20 cricket tournament. The 2018 season has comprised 138 matches played over 91 days, with the final fixture taking place on 5 January 2019.

Combining forces, they deliver the kabaddi action in real-time to more than 200 million viewers using Tata Communications’ Video Connect network. It transmits signals and camera feeds from each match smoothly due to its ultra-low, four-frames-per-second latency and hitless switching capacity.

Star Sports produces both the world feed and regional language feeds of each match using NEP’s flight pack Broadcast Lite. The operation comprises 27 unilateral camera feeds sent from venues to Star’s Mumbai hub. Four return feeds are then sent back to the venues, along with associated AES audio feeds.

“Harnessing the joint capabilities of NEP and Tata Communications allows us to bring this incredible — yet logistically complex — series of matches to millions of Kabaddi fans across India without a glitch. And, thanks to the efficiencies gained through remote production, we can focus our efforts on enhancing how people are able to enjoy and engage with their favourite sport,” said a spokesperson for Star India.

Brian Morris, vice president and general manager, Media & Entertainment Services, Tata Communications said: “The millions of kabaddi fans across India don’t want to miss a millisecond of the on or off-court action, which means that the production of each PKL match needs to be completely seamless.

“At the same time, broadcasters are under pressure to increase efficiencies and reduce costs to ensure good return for their sports investments. To deliver the highest-quality content to audiences and create a TV experience that is closest to witnessing a match live in the stadium, more and more broadcasters globally are following in Star Sports’ footsteps and embracing remote production.”

It is the second time Star Sports has partnered Tata Communications and NEP for remote production, following its coverage last year of all 60 matches in the 50-day IPL season.