TV operators publish pricing under India’s new tariff regime | Broadcast | News | Rapid TV News
By continuing to use this site you consent to the use of cookies on your device as described in our privacy policy unless you have disabled them. You can change your cookie settings at any time but parts of our site will not function correctly without them. [Close]

India’s direct-to-home (DTH) and multi system operators (MSOs) have begun to issue pricing for the TV channels they carry, in line with new regulations set to come into force at the end of this month. 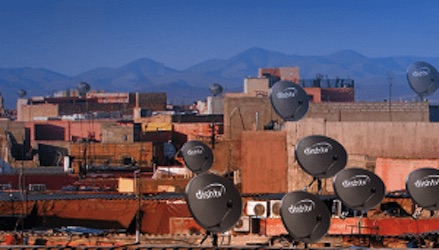 Essel Group owned DTH operator Dish TV has published pricing for each of the channels it carries as add-ons to a base pack, while rival Airtel Digital TV has also announced channel combination packs for customers to choose.

In addition to a-la-carte channels, Airtel Digital TV is offering categories such as Hindi entertainment, English entertainment, kids, music, sports, Malayalam, Marathi, and Telugu. For a-la-carte packs, subscribers will need to recharge with a base pack costing INR150. Leading Hindi HD channels Star Plus, SAB, &TV, and Zee TV, for example, are each priced by Airtel Digital at INR22.42.

The spate of announcements by distribution platform operators (DPOs) follows that of the broadcasters in declaring the maximum retail price (MRP) for their channels and bouquet rates, in line with the new tariff regime introduced by the Telecom Regulatory Authority of India (TRAI).

Under the new TRAI framework, consumers in India will, for the first time, be able to select and pay for individual TV channels on an a-la-carte basis, or to opt for a pack offered by their chosen distribution platform operator.

Consumers have until 31 January 2019 to make their channel selection, following an extension by TRAI to its original deadline of 28 December 2018. Migration of customers to the new tariffs must be completed by 1 February 2019.