Salman Khan enters TV production with The Kapil Sharma Show | Programming | News | Rapid TV News
By continuing to use this site you consent to the use of cookies on your device as described in our privacy policy unless you have disabled them. You can change your cookie settings at any time but parts of our site will not function correctly without them. [Close] 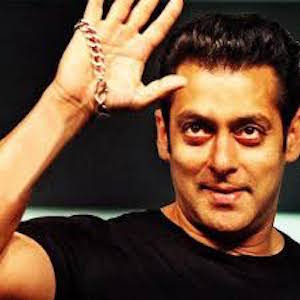 The celebrity-studded comedy show, airing on SET every Saturday and Sunday at 9.30pm, was previously produced by K9 Productions and Frames Production.

“I am happy to announce my foray into television production with the launch of India’s most celebrated comedy show – The Kapil Sharma Show in association with Banijay Asia,” said Salman Khan for SK TV.

“I am delighted to associate with Sony Entertainment Television for my first TV venture. Nadim Qureshi – founder and managing partner of SK TV – and I are committed to deliver quality content that entertains and unites families,” Khan added.

Banijay Asia founder and CEO Deepak Dhar said: “Bringing back a show of such an iconic stature is challenging and exhilarating at the same time. At SK TV and Banijay Asia, we believe Kapil’s comic timing and mass connect is second to none, and we aimed to bring back that same appeal at a much larger scale along with fresher elements that add tremendous value to give audiences their perfect weekend watch.”

This time around, Kapil will be seen running a Salha Centre (Consultancy Business) in a Mohollah with absurd characters. The wealthy dairy kingpin Bachcha Yadav (Kiku Sharda) with his dominating wife Titli Yadav (Bharti Singh) have rented out houses within a mohollah where Kapil Sharma, one of the tenants, runs his consultancy business.

To avoid rent, Kapil has made Bachcha his business partner. The other tenants in the Mohollah are played by comic talent such as Chandan Prabhakar, Krushna Abhishek, Sumona Chakravarti and Rochelle Rao.

SET business head Danish Khan said: “Kapil Sharma is back on Sony and it’s a New Year gift from our end to our viewers. We are delighted to bring back India’s favourite comedy show. This season is produced by SK TV and Banijay Asia and they have done an excellent job. I am certain this season of The Kapil Sharma Show will surpass the success of the previous seasons.”

The Khan brothers – Salman Khan, Arbaaz Khan and Sohail Khan along with Salim Khan – will appear on the show during the first weekend of January.