Android TV hits the century mark for operator deployments | Media Investment | Business | News | Rapid TV News
By continuing to use this site you consent to the use of cookies on your device as described in our privacy policy unless you have disabled them. You can change your cookie settings at any time but parts of our site will not function correctly without them. [Close] 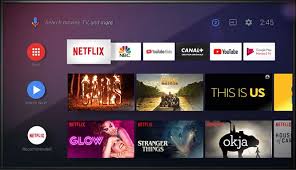 Android TV senior director of product management Shalini Govil-Pai, has a footprint of “tens of millions” of consumers, he told Multichannel News – and half of them are via operator partnerships.

Govil-Pai also said that the main markets for the technology are Europe and Asia. One of the most notable Android TV deployments is with ComHem in Germany. Set-top box (STB) and multiscreen digital entertainment software solutions and services provider 3 Screen Solutions (3SS) recently unveiled a series of technical enhancements for Android TV deployments that the operator will use, designed to deliver further choices and benefits to operators as well as their subscribers. It enables extra possibilities for custom device actions, deepening Google Assistant integration for superior Android TV services.

3SS’ 3READY Assistant enables operators to create their own value-adding set of commands to trigger a wide range of desired actions in the app which a viewer might like to do. These could range from customer support related actions including billing queries through to PVR instructions and management of advanced parental control features, among many other use cases.

Android has also seen some traction in the US as well, with STB-makers like ARRIS and Evolution Digital pre-integrating it into their wares. DirecTV also plans to launch a streaming box powered by Android TV, by the middle of 2019; and TiVo is prepping an Android TV version of its box to show off at CES.