News, sports still anchor pay-TV demand | Media Analysis | Business | News | Rapid TV News
By continuing to use this site you consent to the use of cookies on your device as described in our privacy policy unless you have disabled them. You can change your cookie settings at any time but parts of our site will not function correctly without them. [Close]

Even with three of every five American TV viewers subscribing to an online video service, a new Altman Vilandrie & Company survey shows that live news and sports are the top reasons why consumers subscribe to pay-TV. 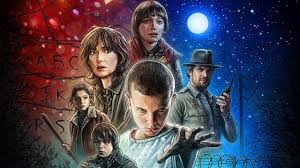 Respondents were asked to choose their "must-have" programmes from a list of 235 popular scripted and unscripted programmes from network, cable and streaming services. Across all respondents, five of the top six programmes were live news and sports: choice of local news; choice of national news; National Football League; The Big Bang Theory; NCAA Football; Major League Baseball. Sports interest slipped for the youngest viewers (18-24), with live NFL and National Basketball Association programming ranking in the top 20 priority programmes.

In addition, the highest percentage of all viewers (63%) selected live news as a reason to subscribe to pay-TV. Similarly, 52% of all pay-TV customers indicated that availability to live sports was a top reason for subscribing.

The survey also revealed that the most important factor by far for how younger and older viewers make programme viewing decisions is "word of mouth," roundly beating out new methods like social-media ads.

"Despite the industry upheaval of the past several years, two traditional pillars of television – news and sports – remain the main reasons consumers choose pay-TV," said Altman Vilandrie & Company principal Matt Rivet, who co-directed the survey. "Young viewers – and increasingly older ones – are showing a voracious appetite for TV content, which provides opportunities for both new and traditional providers."

However, 52% of consumers subscribe to at least one online video service and a pay-TV provider, evidence that consumers have ample appetites for multiple sources of content.

The "must have" programmes show clear viewing differences among the various age groups. Younger viewers have many more "must-have" programmes than older viewers, which indicates an opportunity for both pay-TV and streaming providers to feed millennials' large appetite for video content. Sixty-nine programmes were deemed "must have" by 20% or more of 18-24-year-old viewers, compared to 22 programmes for 25-34-year-olds and nine for those 55-plus.

In addition to placing a high value on live news and sports, viewers 55 and older gravitate toward programmes on network TV, particularly crime and medical dramas. Younger viewers pull their top choices for content from a broader variety of sources and formats, including cartoons, cooking shows and science fiction/fantasy. There were some areas of overlap, specifically Stranger Things , which is the top "must-have" show for viewers under 35 and ranked high for older viewers, and Big Bang Theory, which ranked in top 10 for all age demographics.

"The differences in content preferences across viewer demographic groups makes it hard for video service providers to make one-size-fits-all packages to meet consumers' needs," said Altman Vilandrie principal Patrick Redmond, who co-directed the survey. "However, even with many consumers now subscribing to both pay-TV and a video streaming service, providers can develop strategies to retain and expand relationships with these double dippers."