Star’s Uday Shankar becomes FICCI VP | Broadcast | News | Rapid TV News
By continuing to use this site you consent to the use of cookies on your device as described in our privacy policy unless you have disabled them. You can change your cookie settings at any time but parts of our site will not function correctly without them. [Close]

Star India chairman Uday Shankar has been appointed vice president of The Federation of Indian Chambers of Commerce and Industry (FICCI). 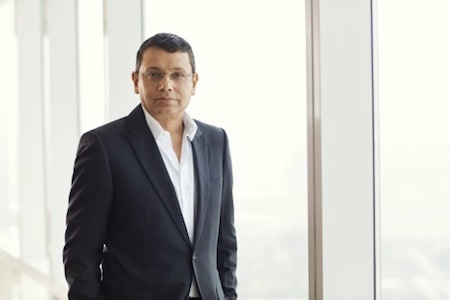 Shankar is the first ever Indian media and entertainment executive to assume a leadership position in a national industry chamber, and FICCI is the oldest such in the country.

In addition to vice president, Shankar will also take the role of the FICCI Media And Entertainment Committee chairman.

FICCI said Shankar has been at the forefront of landmark changes in self-regulation and pushing access for consumers to the digitised distribution. As well as his leading roles at Star India and 21st Century Fox Asia, Shankar previously held the position of president of the Indian Broadcasting Federation.

Shankar entered the media industry as a political journalist with The Times of India and rose to become Star News CEO. He spearheaded the launch of country’s first 24-hour Hindi news channel Aaj Tak in 2000, followed by Headlines Today in English in 2003, as editor and news director of the TV Today Group.

HSIL vice chairman Sandip Somany has been elected as FICCI president for 2018-19, following the industry chamber’s 91st Annual General Meeting. Joint MD of Apollo Hospitals Group Sangita Reddy has been promoted to the position of FICCI senior VP for 2018-19.

“I am thankful for FICCI’s vote of confidence in appointing me as the president. This position is a great opportunity as it will allow me to continue to work within FICCI to meet its objectives aligned with industries at large and our country. I look forward to engaging with industry stalwarts and leaders to foster an ecosystem of innovation and growth, together building consensus between industry and policy,” said Sandip Somany.