Univision nets big ratings for Liga MX Apertura 2018
By continuing to use this site you consent to the use of cookies on your device as described in our privacy policy unless you have disabled them. You can change your cookie settings at any time but parts of our site will not function correctly without them. [Close]

Liga MX action has heated up on Univision in the US, as the network’s presentation of the Apertura 2018 semi-finals delivered the two most-watched Liga MX matches of the season on any network. 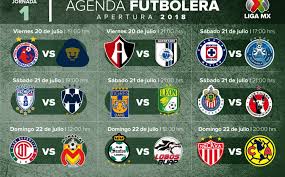 The games averaged 1.6 million total viewers in primetime and 812,000 adults 18-49. Kicking off last Thursday on Univision and simulcast on Univision Deportes Network, the first leg of the semi-final featuring America vs. UNAM was the highest-rated Liga MX match of the season, regardless of language, and the top-rated club soccer match since Toluca-Santos (also on Univision) in May. The delivery bested TNT’s broadcast of NBA double-header Knicks-Celtics and Rockets-Jazz across all key demos.

The second and final leg of America-UNAM, also broadcast on Univision and simulcast on UDN on Sunday became the second most-watched Liga MX match of the season on any network.

The Liga MX Gran Final featuring Club America-Cruz Azul begins Thursday, 13 December with coverage starting on UDN at 8:30 p.m. ET and on Univision at 9 p.m. ET. Coverage for the second leg will get underway Sunday, December 16 at 6:30 p.m. ET on UDN and 7 p.m. ET on Univision.