Verizon to take multibillion write-down on Oath | Major Businesses | Business | News | Rapid TV News
By continuing to use this site you consent to the use of cookies on your device as described in our privacy policy unless you have disabled them. You can change your cookie settings at any time but parts of our site will not function correctly without them. [Close]

According to an SEC filing, Verizon will write down up to $6.7 billion as a result of the costs of a voluntary redundancy program as well as the floundering of its Oath digital media business. 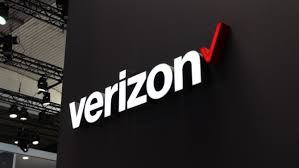 Oath, which was mainly formed via the acquisitions of AOL and Yahoo, has been underperforming for several quarters. Over the summer, it  shuttered its Go90 mobile video business , and earnings seasons have not been kind.

Oath “has experienced increased competitive and market pressures throughout 2018 that have resulted in lower than expected revenues and earnings,” the carrier said. “These pressures are expected to continue and have resulted in a loss of market positioning to our competitors in the digital advertising business.”

Verizon hasn’t seen the synergies that it expected from combining Yahoo and AOL; and both companies suffered from declining consumer interest even before the merger.

Verizon explained that under new Verizon CEO Hans Vestberg, who took over the role in August of this year, Oath finished a five-year strategic planning review of Oath’s business prospects, and this is why the write-down came to be.

“Consistent with our accounting policy, we applied a combination of a market approach and a discounted cash flow method reflecting current assumptions and inputs, including our revised projections, discount rate and expected growth rates, which resulted in the fair value of the Oath reporting unit being less than its carrying amount,” Verizon said in the filing.