Cinedigm swoops for Viewster | Major Businesses | Business | News | Rapid TV News
By continuing to use this site you consent to the use of cookies on your device as described in our privacy policy unless you have disabled them. You can change your cookie settings at any time but parts of our site will not function correctly without them. [Close]

Days after TV it expanded its mobile video operations in Asia, channels and services provider Cinedigm has announced plans to increase its reach even more by agreeing to acquire global OTT VOD service Viewster and its subsidiary platform Viewster Anime. 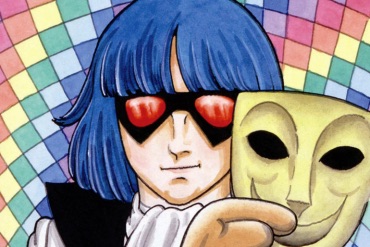 Founded in Zurich in 2007, Viewster offerings span across a wide array of genres with its library featuring over 5,000 films and series curated by a community of video creators and pop culture enthusiasts. The roster covers cult classics, horror, comedy, gaming, documentaries, action, and more, including Night Of The Living Dead, Fists Of Fury, Gamers: Beyond The Game, American Grindhouse, Visioneers, Maricraft, Sparkles, Honest Trailers, and Happy Tree Friends. Cinedigm sees the deal as not only further bolstering its current over-the-top content portfolio while adding an established and well-known property with trademarks in more than 30 countries around the world.

Cinedigm expects its acquisition to be closed in January 2019 after which Viewster and Viewster Anime’s roster of fandom offerings will be immediately combined into its library of channels and content, with the it also taking over operation of all content, applications, and social assets belonging to both platforms. Ad sales will be handled in-house and through Cinedigm’s network of partners.

Yet in addition, Cinedigm will continue to distribute Viewster Anime as a standalone brand, featuring its selection of anime films and series, ranging from classic favourites to fresh simulcasts delivered straight from Japan, providing viewers with instant access to top-tier premium full-length content. The platform offers programming in a wide variety of languages, and new content is added every week.

“Viewster and Viewster Anime are the perfect complement to the Cinedigm brand and will be integral in further cementing our impact in the fandom arena,” commented president of Cinedigm Networks Erick Opeka. “In the OTT marketplace, there is an incredibly strong desire for the type of content that it specialises in, and this presents a great opportunity for future growth, especially in the quickly expanding ad-supported realm, where we are focusing much of our growth efforts. Viewster has built a strong and recognisable brand with a massive worldwide footprint on a number of different devices, and we look forward to continuing this proud legacy—integrating their diverse films and series into our premium programming offerings and providing even more quality content specifically designed for the Anime and fandom communities.”