Viacom launches Paramount+ in Hungary | Pay-TV | News | Rapid TV News
By continuing to use this site you consent to the use of cookies on your device as described in our privacy policy unless you have disabled them. You can change your cookie settings at any time but parts of our site will not function correctly without them. [Close]

Continuing its rollout of subscription video-on-demand services in the Central Eastern European region, Viacom International Media Networks (VIMN) has launched Paramount+ in for customers of Magyar Telekom in Hungary. 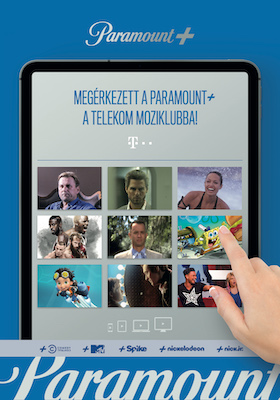 Initially launched last year in the Nordics, Paramount+ brings together a range of films from Paramount Pictures, along with episodes of popular series from Comedy Central and MTV. In Hungary, the service additionally includes Nickelodeon, Nick Jr. and Spike content. Paramount+ also launches in Hungary with a wide selection of content such as blockbuster hits like Transformers, Forrest Gump and Lara Croft: Tomb Raider, as well as programme content ranging from Ridiculousness, Catfish, Drunk History and Bellator to SpongeBob SquarePants, Teenage Mutant Ninja Turtles, School of Rock and Paw Patrol.

The deployment sees Hungary becomes the second country in Central Eastern Europe to launch a Paramount branded SVOD service and Paramount+ will be available as a standalone destination, as part of the network operator’s Moziklub VOD platform. The service is available through set-top-boxes, as well as Magyar Telekom’s over-the-top (OTT) subscription VOD platform and app, TV GO.

“We are delighted to partner with Magyar Telekom for the launch of Paramount+ in Hungary,” commented Elena Balmont, SVP, interim general manager, VIMN Central and Eastern Europe and Israel. “It’s the perfect complement to our portfolio of channels, offering hundreds of hit movies and TV shows for viewers of all ages and interests. It enriches the range of premium content offered by our distribution partners, while providing flexible access to our wide range of programming content for consumers. An important extension to our linear TV business, this new SVOD service enables us to diversify our footprint and further strengthen Viacom’s market leading position in CEE.”
Tweet