fuboTV kicks off in Spain | OTT | News | Rapid TV News
By continuing to use this site you consent to the use of cookies on your device as described in our privacy policy unless you have disabled them. You can change your cookie settings at any time but parts of our site will not function correctly without them. [Close]

fuboTV kicks off in Spain

Becoming the first US virtual MVPD to expand into Europe, independent live TV streaming service fuboTV has launched in Spain. 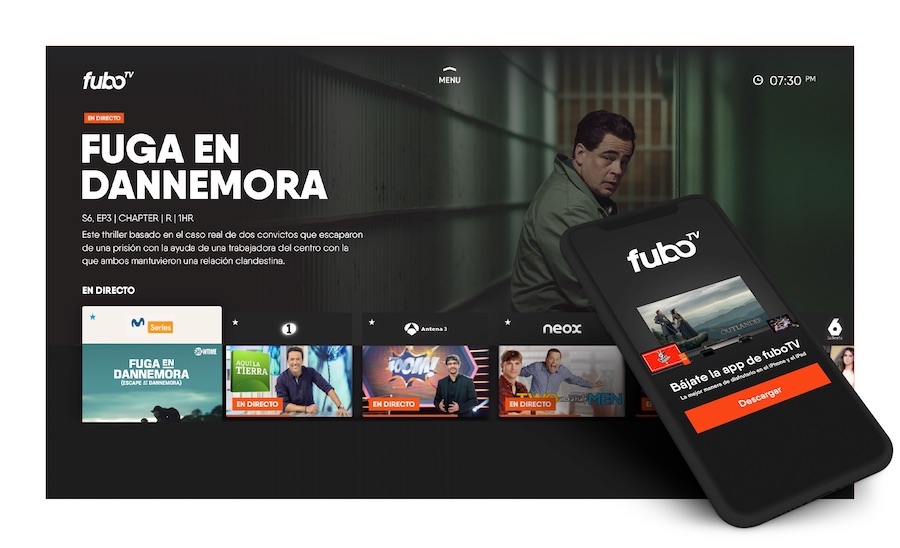 The international expansion is the latest move in a buoyant 2018 for the company which has included surpassing $100 million annual run rate, closing $75 million in a Series D fundraising round and growing paid subscribers year-on-year by more than 100%, approaching 250,000 with more than 30,000 net additions in Q3. Also in September 2018, fuboTV exceeded an annual run rate (ARR) of $100 million, up 259% year-over-year.

Citing a report from PwC, fuboTV regards Spain as one of the world’s fastest-growing pay-TV markets with OTT expected to boost the segment 50% by 2022. fuboTV España subscribers can now access 13 Spanish-language channels, including entertainment channel, Movistar Series, which broadcasts programming from US television giants including CBS, NBC, The CW, HBO, Hulu, Netflix, Showtime and Starz.

fuboTV also claims that it will also be the first OTT platform — and just the third service overall after telecom Orange and Movistar itself — to offer Movistar Series in Spain nationwide, which is the European home to international hits like Billions (Showtime), Castle Rock(Hulu), Madam Secretary (CBS), Outlander (Starz), Ray Donovan (Showtime), Riverdale (The CW) and Will & Grace (NBC).

“2018 was a milestone year in fuboTV’s young life, with record revenues and subscriber growth,” remarked David Gandler, co-founder and CEO, fuboTV. “With our position in the US solid and growing at an aggressive pace, our goal is to become the number one leading vMVPD in the world. Spain is one of the fastest-growing OTT markets and a natural fit for fubo’s European entry. We’re excited to bring our premium viewing experience to Spain with additional markets to come in 2019.”
Tweet