Welsh drama Living a Lie gains acclaim in Bulgaria | Deals | News | Rapid TV News
By continuing to use this site you consent to the use of cookies on your device as described in our privacy policy unless you have disabled them. You can change your cookie settings at any time but parts of our site will not function correctly without them. [Close]

Furthering its reach outside its domestic market, and continuing the recent success of Welsh drama such as Hinterland and Hidden, S4C has announced that its Byw Celwydd/Living a Lie has been sold to Bulgarian free-to-air broadcaster Bulgaria On Air. 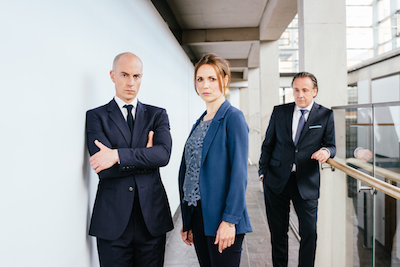 The brainchild of Tarian Cyf director Branwen Cennard and the late prolific playwright Meic Povey, the political drama follows the fictional characters of a rainbow coalition government, following characters of a fictional group of political parties at the Welsh Assembly Government, along with the special advisers and political journalists around them. It will be broadcast in Welsh with on-screen Bulgarian subtitles.

The new sale has been facilitated by Emanuele Galloni-led Videoplugger and the series has already been sold to American broadcaster MHz Networks, which will bring the drama to audiences across the US and Canada, as well as international LGBT broadcaster OUT TV, which covers Europe, Israel and South Africa.

Commenting on the deal, producer Branwen Cennard said: “I feel extremely proud that an entirely Welsh language production written and filmed in a totally Welsh context continues to capture the imagination of broadcasters in Europe and beyond. It reflects the high production values associated with Byw Celwydd, is testament to the work of the actors, the writer, the crew and series director Gareth Rowlands and proves yet again that Welsh producers can produce series with a wide international appeal.”

Added Nikolina Dimitrova, programme director Bulgaria of ON AIR TV: “Bulgaria ON AIR was very keen to broadcast a political drama and Living a Lie was the perfect choice. The realistic impression of the political tensions which is presented in the show is the thing that really caught our attention. The rainbow coalition, the socialists as an opposition and the female journalist trying to dig into the political scandals – the storyline is fascinating and appeals to a broad spectrum of our audience.”