Roku racks up ‘outstanding’ Q3 2018 | Major Businesses | Business | News | Rapid TV News
By continuing to use this site you consent to the use of cookies on your device as described in our privacy policy unless you have disabled them. You can change your cookie settings at any time but parts of our site will not function correctly without them. [Close]

As the tide turns towards streaming industry, online video device manufacturer Roku's boat was floating high on the water in its third quarter of 2018. 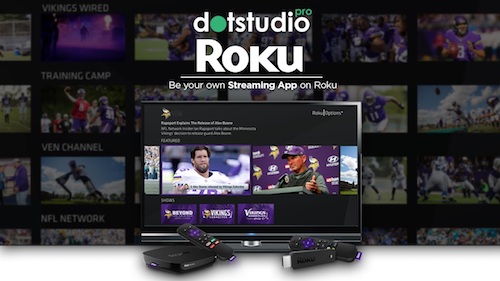 For the three-month period ended 30 September 2018, the online video device manufacturer reported total net revenue of $173.4 million, soaring 39% year-on-year. Platform revenue growth was nearly double this amount, 74%, amounting to $100.1 million. These were drivers for a gross profit of $79.0 million, up 58% compared with Q3 2017, as active Roku account rose 43% on an annual basis to end with 23.8 million at the quarter’s end.

Platform revenue, which represented 58% of total revenue vs. 46% a year ago, grew 74% year-over-year to $100 million with over two-thirds coming from advertising services such as video ads, audience development and brand sponsorship advertising on the Roku user interface. Revenue growth took gross profit to rise 58% to $79 million while the company’s gross margin expanded nearly six percentage points year-over-year to 45.6%. However, in all the company posted a net loss of $9.5 million. Q3 trailing 12-month ARPU increased 37% year-over-year to a record $17.34. Player revenue increased 9% year-over-year, driven by 15% year-over-year unit growth, offset in part by a 5% decrease in average sales price, as demand for low-priced players grew.

In terms of platform performance, Roku revealed that it ended Q3 2018 with 23.8 million active accounts, up 43% year-over-year, with more than half of new accounts coming from licensed sources, primarily Roku TVs. Roku user engagement increased in the quarter with users streaming 6.2 billion hours of content, up 63% year-on-year. Going forward, Roku said that it continued to see ‘robust’ growth from virtual MVPD services as cord-cutting adoption increased.

Commenting on the quarterly results, and the way in which the video industry is changing, Roku founder and CEO Anthony Wood said: “We are just starting to witness the massive transition of TV viewing and TV advertising to streaming. Roku is leading the way on the technology front with an operating system that is purpose-built for TV – versus more heavyweight mobile operating systems – and innovative services like The Roku Channel. The way TV content and advertising are delivered is evolving rapidly and we believe our purpose-built scalable solution is well positioned to be a catalyst for the transition that is underway.”