Scripps announces Q4 cash dividend for investors | Major Businesses | Business
By continuing to use this site you consent to the use of cookies on your device as described in our privacy policy unless you have disabled them. You can change your cookie settings at any time but parts of our site will not function correctly without them. [Close]

The board of directors of The EW Scripps Company has declared a cash dividend for the fourth quarter of 2018. 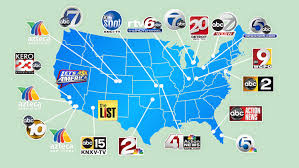 Those holding shares of Scripps as of 14 December will receive 5 cents per share on the day after Christmas. The dividend will be paid out of the company’s capital surplus.

The broadcast giant reinitiated a quarterly dividend in February 2018, but said that it would not be an automatic guarantee.

“While the company intends to pay regular quarterly cash dividends for the foreseeable future, all subsequent dividends will be reviewed quarterly and declared by the board at its discretion,” the company said in a statement. “The declaration and payment of future dividends will be dependent upon, among other things, the company’s financial position, results of operations, cash flow and other factors.”