Screen Australia makes further investment in online originals | Media Investment | Business | News | Rapid TV News
By continuing to use this site you consent to the use of cookies on your device as described in our privacy policy unless you have disabled them. You can change your cookie settings at any time but parts of our site will not function correctly without them. [Close]

Four comedies and one drama form the latest online production slate from Screen Australia which is pumping nearly AUS $500,000 to see the projects come to life. 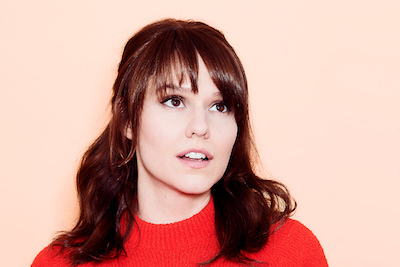 “We have a healthy appetite for creative risk in online production, and want to support new creators who are trying out bold concepts,” explained Screen Australia investment manager Lee Naimo. “I’m particularly pleased to see the majority of projects in this slate have female central characters, and female directors. As we’ve seen most recently...online content can well and truly compete with traditional mediums in terms of production values and audience share. Now is the time for emerging creators to be taking advantage of Screen Australia’s revised development funding opportunities to refine their concepts, and get in touch with us in online production to discuss their projects.”

Four of the creative teams are receiving Screen Australia funding for the first time, including producers Karen Colston and Robbie Miles who will create the six-part parody Sarah’s Channel for ABC iview.

The latter follows beauty vlogger Sarah who discovers she’s been reanimated after an apocalypse. Live performer and theatre playwright Nick Coyle writes and directs, on the heels of hit play The Feather in the Web, while Claudia O’Doherty (Amy Schumer’s Trainwreck, Netflix’s Love) will star in the title role.

“I'm thrilled (and surprised) that my idea of a Beauty Vlogger uploading videos in a post-apocalyptic world has been green-lit, and excited to be collaborating with such a fantastic team to bring it to life,” Coyle. “There is so much comedy to mine in the online influencer world, and so many pre-existing fans who I hope will love this new take on the genre.”

Producer Karen Colston of Yellow Creative Management added, “We’re so pleased Nick’s unique voice will be seen by a wider audience than those lucky enough to have caught his brilliant theatre work, and we hope to create a pathway to screen for other stage practitioners. The concept and execution of Sarah’s Channel is inextricably linked to the internet, so it is uniquely suited to the online series format.”

Queensland studio Ludo is also creating a series for the ABC, satirising the web life-coach industry in the six-part comedy Content. Completion funding has been provided to the emerging creators behind comedies How To Know If You’re Dating A Narcissist and Single Ladies, plus family drama Time & Place.