Univision sees best ratings performance of the season | Ratings/Measurement | News | Rapid TV News
By continuing to use this site you consent to the use of cookies on your device as described in our privacy policy unless you have disabled them. You can change your cookie settings at any time but parts of our site will not function correctly without them. [Close]

US Spanish-language broadcaster Univision delivered its highest-rated weekly prime-time performance for the season over the last seven days. 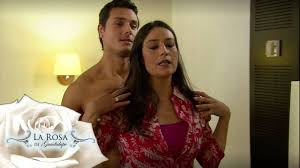 The results mean that Univision has increased its primetime audience over the past two consecutive weeks, with week-to-week audience gains in all three demos. Total viewers were up 6%, adults 18-49 were up 6% and adults 18-34 were up 10%.

For the entire week, Univision finished as the fifth most-watched broadcast network, ahead of the CW but behind ABC, CBS, NBC and FOX. It also edged out Telemundo to rank as the No 1 Spanish-language network in primetime.

Meanwhile, close to a million total viewers (968,000) tuned in to the Liga MX matchup between America and Toluca on the Univision network on Saturday night; the match also ranked among the top five programmes on broadcast television.

Also of note in the ratings data Univision’s Sunday night news programmes, Aquí y Ahora and Crónicas both increased their total viewing audience by +32% (1.4 million) and +8% (1.2 million) respectively, compared to the prior Sunday.