Emotional response key to the effectiveness of 6-second ads | Ad Tech | News | Rapid TV News
By continuing to use this site you consent to the use of cookies on your device as described in our privacy policy unless you have disabled them. You can change your cookie settings at any time but parts of our site will not function correctly without them. [Close]

Emotional response key to the effectiveness of 6-second ads

Advertisers are embracing mobile ad formats, including six-second ads. However, these shorter spots remain weaker than traditional 30-second ads when it comes to building a narrative and eliciting emotions, which presents challenges when planning out creative. 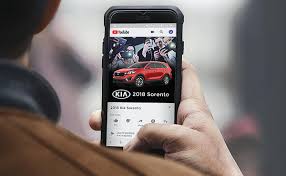 To analyse the effectiveness of the six-second format, Teads partnered with Realeyes to evaluate 166 short creatives. The initiative tested ad creatives from 75 brands, using facial coding software to measure users’ emotional reactions, and awarding each ad an emotional-response score out of ten. It showed that, while six-second ads have an average view-through rate (VTR) of 55% on mobile devices, they have an emotional-response score of 3.6, compared to 5.1 for 30-second ads.

The research suggests that six-second ads often struggle to develop a narrative in a short amount of time, which is a key factor in building an emotional connection. Six-second mobile ads that were able to tell a story performed significantly better, scoring a 4.1 with a narrative, compared to 3.1 without.

The scores have real-world impact: The analysis also revealed that emotional impact from video ads correlates to sales lift, with 75% accuracy, according to Realeyes.

Sorin Patilinet, director of Centre of Expertise for Marketing Communications at ad agency Mars, said that despite the challenges, there’s no putting the genie back in the bottle.

“For over 50 years, Mars in partnership with our agencies continuously learned how to use advertising to drive brand growth, in a TV world of long-form content,” he said in the report. “This is no longer enough today. The explosion of short-form content caused by the emergence of mobile and erosion of consumer attention have changed the rules of the game. We have to learn how to tell brand stories in shorter formats, and get ready for even shorter formats in the near future.”

Some best practices have emerged. For instance, for repurposed TV ads, brands can use pre-testing to select the most engaging scene from the TV spot. If the story is too complex to condense, or features a joke that requires a setup, brands might consider using a display format in order to tell a more descriptive story so as not to leave users confused.

The findings come against the backdrop that smartphone video is the fastest-growing ad format in the, growing 69% to £1.17 billion last year, according to the IAB.

“With mobile now the dominant device in our lives, marketers know that 30-second TV spots will no longer cut it for engaging video ads on the small screen,” said Caroline Hugonenc, global VP, Research and Insights, Teads. “However, what this research reveals is that simply making an ad shorter won’t necessarily guarantee performance if the emotional connection is lost.”