VideoAmp racks up customers for marketing optimisation platform | Ad Tech | News | Rapid TV News
By continuing to use this site you consent to the use of cookies on your device as described in our privacy policy unless you have disabled them. You can change your cookie settings at any time but parts of our site will not function correctly without them. [Close] 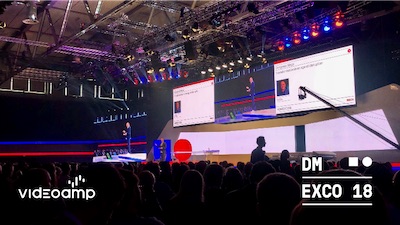 VideoAmp’s platform attempts to give advertisers a clearer understanding of how their media investments are performing across linear TV, OTT and digital media. The firm said that it has saved customers more than $10bn via optimisation for campaigns, and is in use by two ad agencies, Omnicom Media Group and Mindshare.

In one example, “a major telco sought to understand their cross-screen campaign performance in terms of deduplicated reach and frequency among their target audience,” the firm said.

VideoAmp added  that 23% of the customer’s linear impressions were over target frequency and were therefore wasted (or ostensibly even did brand damage). However, in the positive column, duplicated exposure across linear TV and digital was 22% more effective than linear-only, and 152% more effective than digital-only. About a fifth (22%) of users reached only on digital were under the frequency target, resulting in low impact campaigns.