Vodafone Spain to offer HBO VOD content to mobile, IPTV customers | Deals | News | Rapid TV News
By continuing to use this site you consent to the use of cookies on your device as described in our privacy policy unless you have disabled them. You can change your cookie settings at any time but parts of our site will not function correctly without them. [Close]

Furthering its now two-year relationship with the US content giant, Vodafone Spain has inked a deal whereby its TV business line will include content from HBO España as part of its Videoclub video-on-demand service. 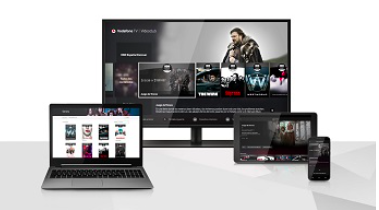 From 1 November, Videoclub subs will be able to access the HBO content at no extra charge until 2020. Each month, users will have the first season of ten series available, which will have all the subtitling and audio options available in the full service. Of these ten contents, six will be fixed series and four will rotate each month.

The fixed series will be: Game of Thrones, Westworld, The Sopranos, The Wire, Sex and the City and True Blood. Those that will be rotated are Room 104, Girls, True Detective, Crashing, Veep, Two feet underground, The Newsroom, Ballers, In Treatment, Rome, Insecure, Crashing, Barry, Strike back, Entourage, Silicon Valley and The Leftovers.

Content will be available to Vodafone TV Online mobile network subscribers (through smartphones and tablets) and through STBs from supporting operators.

“Offering the best television offer remains a priority for us,” remarked Vodafone TV director Ignacio García-Legaz. “This year we have reinforced our offer in movies and series offering the most complete television catalogue in these genres, which we now extend to a larger customer base with some of the best HBO series in Spain. In addition, this type of action highlights the strength of the agreement we have with one of our most important and strategic content partners.”