Me+You secures rights to Ashya King story | Programming | News | Rapid TV News
By continuing to use this site you consent to the use of cookies on your device as described in our privacy policy unless you have disabled them. You can change your cookie settings at any time but parts of our site will not function correctly without them. [Close]

UK indie Me+You Productions has secured exclusive access to tell the story of Ashya King, the young British boy who was diagnosed with a severe brain tumour in 2014 and who against medical advice fled the country to gain treatment. 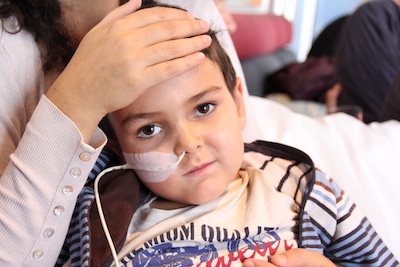 In Saving Ashya, the production house is now developing a three-part, fact-based drama that explores the family’s story that centres on his parents ‘abducting’ him from his NHS hospital bed and travelling to continental Europe for alternative, life-saving proton therapy. The resulting international manhunt sparked a huge media frenzy. Ashya’s parents were publicly criticised and incarcerated, causing the UK’s then Prime Minister, David Cameron, to personally intervene. Now free of cancer, Ashya’s case has subsequently changed the NHS’ treatment of children with such tumours.

Saving Ashya is billed as ‘a state of the nation’ series that explores the question of who knows what’s best for children: their parents or the state. The series examines medical ethics in the age of the internet, and the conflict between patient power and the established mechanics of the NHS.

BAFTA-winning director Justin Chadwick, who helmed the Nelson Mandela biopic Long Walk To Freedom, is attached to direct Saving Ashya, which is written by Paul Viragh (Sex & Drugs & Rock & Roll; The Face of An Angel). The producer is Josh Hyams (The Look of Love) while along with Justin Chadwick, Me+You’s co-founders, Richard Yee and Krishnendu Majumdar are executive producers. “We are honoured that the King family has entrusted us with their incredible story and we are excited to be working with the cinematic talents of Justin and Paul to bring it to the screen,” Majumdar remarked.

Chadwick added: “This emotional true-life story throws the audience into the heart of a frightening and real situation. At what lengths would you go to save an ill child? Seen from the family and the health workers’ point of view, this story caught world attention and the controversy that surrounds it makes for a challenging, breath-taking modern drama. I’m excited to work with Paul and Me+You Productions, who have a great track record of making relevant contemporary stories that reflect the times we live in.”