More content heads to Facebook Watch via Barcroft | Social TV | News | Rapid TV News
By continuing to use this site you consent to the use of cookies on your device as described in our privacy policy unless you have disabled them. You can change your cookie settings at any time but parts of our site will not function correctly without them. [Close] 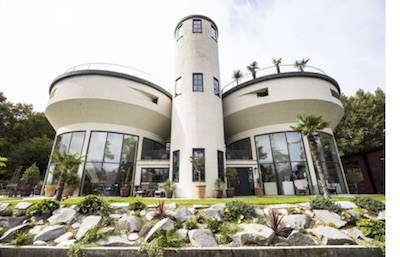 The 5 x 12’ series travels the globe to enable viewers to experience what it calls the “world’s most unique and extraordinary properties”, from a luxury jungle tree house in tropical Costa Rica to a car-shaped home created by a petrol-head in Austria. The series was created for Facebook Watch. Executive producers for Barcroft Media are Sam Barcroft and Peter Wyles. Barcroft’s showrunner is Jude Parker.

The Most Incredible Homes will premiere on 3 November, with episodes dropped weekly and, each week, the programme’s community on Facebook Watch will get the chance to vote for their favourite property at the end of the show with viewers ultimately deciding which is their favourite via Facebook’s new video polling feature. Additional content featured on the Most Incredible Homes page will include a 360º walk around of the properties featured in the show and a reaction video from the winning home owners of each episode.

It will be available free to view on Facebook Watch via mobile devices, desktop and Facebook's TV apps.

“Having launched 15 shows on Facebook Watch over the past year, we have seen how communities congregate around compelling shows,” commented Barcroft Media CEO Sam Barcroft. “Naturally we’re excited to take things to the next level with this interactive original series.”
Tweet