MIPCOM 2018: MTV inks partnership with Facebook Watch | Social TV | News | Rapid TV News
By continuing to use this site you consent to the use of cookies on your device as described in our privacy policy unless you have disabled them. You can change your cookie settings at any time but parts of our site will not function correctly without them. [Close]

In what could provide a welcome boost to the social network’s currently underperforming video service, Facebook Watch is coming together with MTV Studios to ‘reimagine’ ground-breaking series The Real World. 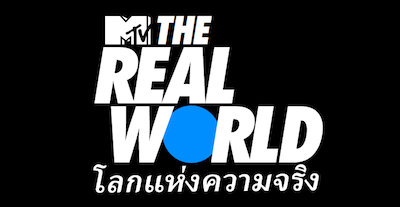 Created for MTV by Jonathan Murray and the late Mary-Ellis Bunim of Bunim/Murray Productions, MTV’s The Real World was the first original reality series on TV and the first to tackle never before seen, culturally resonant stories about HIV/AIDS, race, mental health, homophobia, addiction and other issues.

Debuting in Spring 2019, the new seasons — the first of three — will be native productions in Mexico, Thailand and the US to explore friendship, and the cultural and social environment in each territory. Available exclusively on Facebook Watch, the new seasons will introduce interactive social and community features that are said to empower fans to shape the action and connect across mobile, desktop and Facebook's TV app.

The partners believe that the social conversation on Facebook Watch will power the audience experience in the new seasons of MTV’s The Real World. The Facebook community will have the ability to vote one housemate onto the show prior to air, and there will be unique opportunities for fans to connect with the cast through Facebook Live, Premieres, and Watch Party. Facebook Watch will also release daily drops of scenes from forthcoming episodes leading into the weekly half-hour premiere. Additional social elements will be introduced prior to launch and throughout the seasons.

“MTV’s The Real World helped to define a generation and created a new genre of television with a simple yet powerful idea of connecting people from wildly divergent backgrounds to find common ground on the issues that often divided them,” said MTV president Chris McCarthy. “By partnering with Facebook Watch and Bunim/Murray Productions, we have the opportunity to impact culture and create a new genre of television all over again, while engaging the next generation of content consumers around the world.”
Tweet