Netflix stock spikes after beating the Street for Q3 | Major Businesses | Business | News | Rapid TV News
By continuing to use this site you consent to the use of cookies on your device as described in our privacy policy unless you have disabled them. You can change your cookie settings at any time but parts of our site will not function correctly without them. [Close]

Netflix stock spikes after beating the Street for Q3

Crisis what crisis: Netflix saw its stock soar in after-hours trading after it thoroughly beat the Street on both subscriber and profit expectations – an improvement over the mixed results it turned it for Q2. 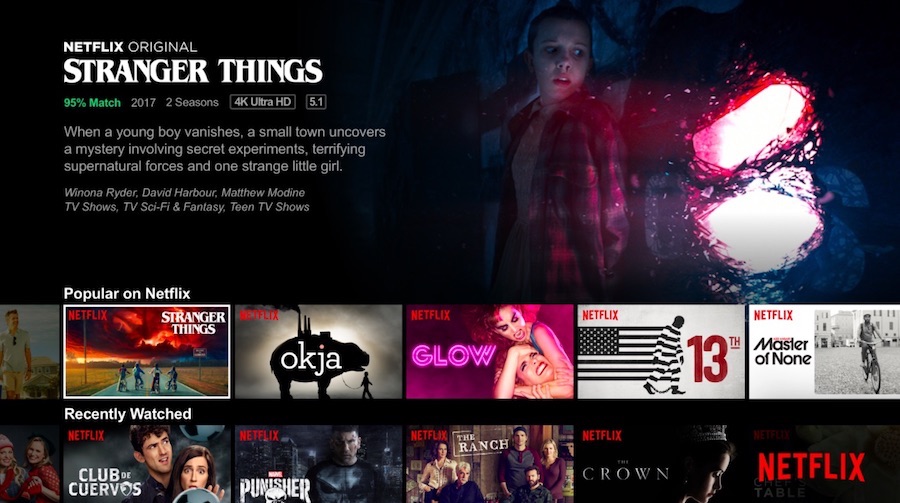 The SVOD leader also offered strong subscriber growth guidance for the fourth quarter – but warned investors to see profit margins squeezed at the end of the year, thanks to the cost of producing original content.

On the subscriber front, the company reported 1.09 million domestic streaming additions – well up from the 674,000 consensus estimate of Wall Street analysts (and beating its own guidance for 650,000 adds). International streaming additions were up 5.87 million during the quarter versus 4.46 million consensus and guidance for 4.25 million guidance.

Total membership stood at 130.14 million at the end of the quarter.

The numbers do represent a slight slow-down in adds: In the second quarter, Netflix had reported signing up 1 million subscribers domestically and 2.37 million internationally.

Nonetheless, Q3’s better-than-expected subscriber additions, combined with a few one-time accounting-related benefits, sent the company on a profit wave of 89 cents per share, up 21 cents from the analyst consensus and lapping Q3 2017’s 29 cents a share.

Revenue meanwhile came in at $4 billion, roughly in line with analyst expectations and up from $2.98 billion in sales this time last year.

That compares favourably to Q2, where 3.28 million new streaming subscribers contributed to revenue that was in line with estimates at $1.65 billion; profits however dropped sharply a quarter ago, by 63%, coming in at just $26.3 million, or six cents a share.

However, Netflix warned that its earnings per-share in the fourth quarter would be just 23 cents a share — less than half of what Wall Street expected it to say. Part of that, it said, is attributable to marketing costs being pushed into Q4.

"We anticipate that free cash-flow (FCF) will be closer to -$3 billion than to -$4 billion for the full year 2018,” it said. “We expect our quarterly FCF deficit will increase sequentially from Q3 to Q4 as our year to date FCF is -$1.7 billion. We currently see next year’s negative FCF as roughly flat with this year, at 5%."

CEO Reed Hastings also said that encroaching competition has meant that the company has been pouring cash into original content in order to differentiate itself.

"Content companies such as WarnerMedia and Disney/Fox are moving to self-distribute their own content; tech firms like Apple, Amazon and others are investing in premium content to enhance their distribution platforms,” the company said. “Amid these massive competitors on both sides, plus traditional media firms, our job is to make Netflix stand out so that when consumers have free time, they choose to spend it with our service.”