fuboTV logs improvements in major benchmarks | Ratings/Measurement | News | Rapid TV News
By continuing to use this site you consent to the use of cookies on your device as described in our privacy policy unless you have disabled them. You can change your cookie settings at any time but parts of our site will not function correctly without them. [Close] 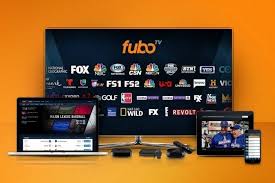 During the year, fuboTV launched 4K HDR Beta (July 2018) for streaming of the 2018 FIFA World Cup. Since then, other content available as part of the beta launch has included NCAA college football, MLB playoffs, English Premier League soccer, and entertainment programming coming soon.

It also launched dynamic discovery in September – an interface through which subscribers can browse live entertainment, news and sports programming  via an in-progress preview directly on the home screen. fubo launched the interface on Apple TV and will roll it out platform-wide in the coming months.

“What our team of less than 150 employees has built – from the ground, up, despite our competition having access to tens of thousands of engineers alone – impresses me every day, and it should put the streaming TV industry on notice,” said David Gandler, fuboTV co-founder and CEO. “Our September results and year-over-year growth are proof of our success. We have and will continue to deliver the most optimal quality experience for our customers and strong value to our investors, as we take the company to the next level.”