MIPCOM 2018: Shudder, Sundance Now launch in Australia, New Zealand | VOD | News | Rapid TV News
By continuing to use this site you consent to the use of cookies on your device as described in our privacy policy unless you have disabled them. You can change your cookie settings at any time but parts of our site will not function correctly without them. [Close]

Continuing its global expansion plans in a move that it says that underscores growing consumer demand for curated direct-to-consumer services, AMC Networks is to take subscription video-on-demand offers Shudder and Sundance Now to Australia and New Zealand. 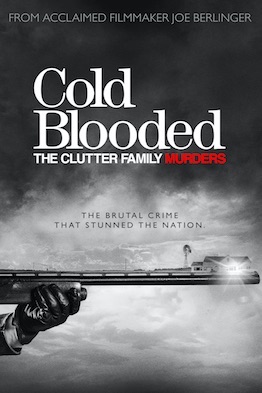 The new destinations build on the services’ growth in subscribers in existing territories, which includes the US, Canada, the UK, Ireland, Germany and Austria.
Shudder is claimed to be the world’s largest premium streaming service for both casual and super fans of thriller, suspense and horror content. Over the last few months it has been steadily adding original series featuring A-list talent to its selection of exclusive new releases and classics.

Sundance Now, which builds on the legacy of Robert Redford’s Sundance brand, offers original and exclusive dramas and true crime series, in addition to films from every genre, including foreign-language and documentary features. The service’s recent hits include Dead Lucky and Riviera and forthcoming titles include Jonestown: Terror in the Jungle; Exeter, its first-ever original scripted podcast; This Close; docu-series, Cold Blooded based on the Truman Capote novel Cold Blood.

“Our continued expansion of Shudder and Sundance Now speaks to our success in offering audiences exclusive and original content they can’t get anywhere else along with an unparalleled user experience,” said Paul Rehrig, EVP of Business Development for AMC Networks. “We look forward to introducing both services into these new markets as consumer demand for our curated streaming offerings continues to grow.”
Tweet